When it comes to Sun's deal with the devil, the cure really is worse than the disease 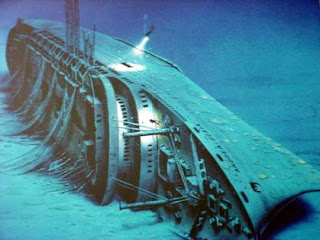 Years from now people will look back at Sun Microsystems and say, Larry, what was the one event that fucked that poor little company once and for all? And I'll say, well, it happened on September 12, 2007 when Sun sold its soul to the devil. Captain Jonathan Schwartz was tripping on shrooms and decided to start shipping systems with Windows. He steered his ship into a pirate harbor teeming with lowlifes like the notorious and infamous Shit for Brains. And the rest, as they say, is history. Mermaids peed on the wreckage, etc.

Or, to put it another way, Jonathan Schwartz thinks he can fix Sun's identity crisis by getting a lobotomy. And it's stupid enough to work. At least for a little while, until the doctors come out and say, well, the operation was a success, but the patient died.

Once I loved you. I would glaze over in bated breath, just thinking about your powerful servers and incredable OS.

That was years ago in my youth. Now your the homeless bag lady, trying to scrape enough money together to feed your self and your crack habit. It's a sad sad day when you have thrown away the last of what made you special for one last hit before you fall into a drug induced coma and die.

I will truly miss you Sun Microsystems. You were the last best hope for victory. But you failed.

But wait there is another! I can hear a call from cuportino. The call of now a true certified UNIX. The call of the rebel, the call of the Mighty Steve Jobs who openly pwns Bill Gates in front of millions and laughs about it. The call of an operating system that is truly free from Microsoft, Thanks to open office and iWorks. The call of an open OS will truly limitless potential, and they are not willing to back down. The will go after The beastmaster in all the markets he inhabits.

They will dominate, online music,
Online Movies and TV, operating system, home entertainment, and media authoring. I hear the call of Apple Inc. Apple will stand tall and not bow down before beastmaster bill. Bill will bow down before Steve!

Sun is micosoft's lapdog. Don't be a sun microsystems.