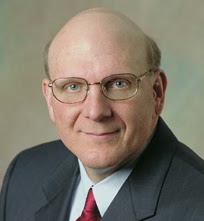 It's been a while since I last wrote to you. I figured I'd start this thing up again. As in, open the channels of communication and drop you a line. You're probably still using Outlook, that queer little shoot-from-the-hip email application that doesn't always receive messages, but I figured, what the hell? Or maybe you're using one of those new big-ass Microsoft coffee tables to read this. Whatever.

Anyway, I just wanted to send my condolences. Everybody can see that you and Microsoft are in the ultimate tailspin and downward spiral. You're losing, Steve, and it's painful to watch. Horrific. I'm sorry. Okay, I'm not really. I've actually been laughing about it a lot. All the shitty software and delayed releases and poor marketing finally caught up to you. That's what you get for naming a music player "Zune." I mean, come on. It really does sound like a turd. Couldn't you have come up with something better?

And what's with Vista, Steve? Why the fuck can't your people just make the software you sell instead of copying somebody else? Or at least buy the competition. Hell, that's what I do. You aren't fooling anybody with that "Gadgets" crap -- we all know you ripped off Dashboard. Even Pogue called you on it, Steve. Yes, I know he's owned by Apple, but he has shit for brains, too.

Okay. Enough of the bullshit.

What I want to say, and I mean really want to say, is that we're not going to have mercy on you. We're not going to stop kicking you and rubbing your face in the dirt until you're gone forever. The gang has hung the noose and it's out for blood. Google. Apple. Oracle. Sun. Okay, maybe not Sun. But everybody else, Steve. We're going to get you, because you're stupid enough to fall into our traps. You have Google envy, and that's just sad, Steve. I mean, they friggin sell advertising for crying out loud. Advertising. That's all they do. And yet you're pouring billions into the war against them, kind of like how the U.S. is pouring billions into Iraq. It's a war you can't win, Steve. And then you reached for the forbidden fruit: the iPod. The holy grail of music players. The device that blew everything else out of the water. You saw it, Steve, and you reached for it with the Zune, but God just farted on you. It's a cruel, harsh world.

Oh, and one other thing. Get out of the database market, Steve. Your product is the laughing stock of the industry. People use it when they want to lose data. I mean, you know you're in trouble when the IRS is your biggest customer. So cut the cut cord, bro. Pull the plug.

I guess what I'm trying to say is that you need to retire. Take a permanent vacation. Bum around for a while. Go hang out at Bill's house. Head to Hooters. Stick your head in a toilet and flush. Do whatever you need to do, dude. Just get out before the shit hits the fan.

Anyhoo. Just my two cents, Steve. Take it for what it's worth.

Your brother in arms,