A bit of advice, Szulik 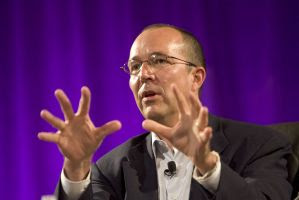 I was impressed yesterday, Matt. Seriously. Red Hat's numbers turned out pretty well, and I see some potential for future growth. That's the good news. The bad news is that there's a lot of bad news. First of all, pretty much everybody views Red Hat as the Microsoft of the Linux world. Face it, bro. You went from darling to Darth Vader in like eight years. You lost the marketing war. How did it happen? Well, you started taking things away from people and you stopped being cool. That's the funny thing about people, Szulik. They don't really appreciate it when you take things away from them. Fedora sucks ass, and everybody knows it. Maybe you don't care about that. The problem is that lots of little teenage turd droppers love Ubuntu. They've never even heard about Red Hat, Matt. So you've got a bunch of Slashdot admin types -- the ones who are hopelessly behind the times and still think grep will solve all their problems -- using Red Hat. And the new people are all using Ubuntu. What do you think is going to happen? You're going to get broadsided by Ubuntu. When that happens, Canonical will pick up the enterprise support and you'll be fucked.

And then there's JBoss. Honestly, you never should have bought it. We knew that years ago. You didn't. And it's all working out exactly the way we thought it would. Get rid of it. JBoss will never make money. People can get Tomcat for free and it works better anyway.

Which brings me to the economy. I'm still not even convinced that this subscription thing is going to work. If things take a turn for the worst, all of your star subscribers are going to make their lazy admins get off their fat asses and actually do some work. You think it can't happen, but it can. I've seen it.

To tell you the truth, I don't even know why I'm telling you all this. I know you won't read it. Nobody listens to Larry. Ah, well. After Red Hat kicks the bucket, we'll start doing Red Hat support ourselves. Somebody's got to carry the torch, right? It might as well be Oracle.
Posted by Larry at 9:32 PM