My take on this Microsoft anti-trust ruling 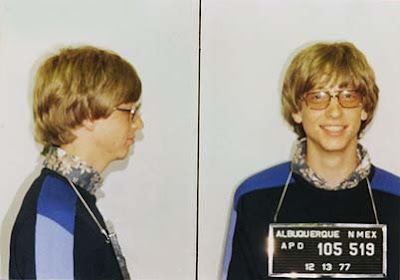 And in case you're wondering, no, I don't feel bad for these people. These Microsoft turds are like the jocks who always beat people up in high school and then wonder why they're sent to the principal's office. They don't feel shame. They don't listen to reason. And they don't stop until somebody cracks them over the head a couple times with a two by four.

Honestly, the main problem was Bill. He was the one who fucked Microsoft and created the monopoly culture. He was the guy who always brought catapults to knife fights. He just didn't know when to stop. He tried to be John D. Rockefeller. He wanted everything. If he was smart, he would have tried to be J. P. Morgan. That's what I do. It works every time. Just keep a low profile. Be a country gentleman about everything. Play golf with the president and sail a yacht. Drink chocolate milk before you go to bed. And don't act like your company is a monopoly. Buy out the best businesses and let the worst ones kill themselves off. Make it look like you just happened into a position of power. Make it look like it was luck.

Ah, well. It's too late for Microsoft now. They've screwed themselves. From this day forward the government of China will be telling Shit for Brains how to run his company. And they've probably ruined it for the rest of us, too. Apple's going to be in the cross-hairs here soon.

So thanks a lot, Bill. Your legacy of shitty software lives on. We salute you, Captain of Crap Software. And we salute you with our middle fingers only. We call it our one finger victory salute.
Posted by Larry at 11:53 AM