Hot on the heels of Russia, Dell rolls into China 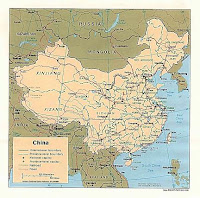 The fun just doesn't stop in Round Rock. Now Michael "shoot from the hip" Dell has decided that it's a good idea to start selling his black boxes in China. See here. To commemorate the occasion, Dell announced that his company will be rolling out a special desktop for the mainland. It's called the C-DELL3025783256721. The C-DELL part stands for Dell in China, of course, and 3025783256721 is the model number. Michael packed some amazing features into this box, people. Check it out. The desktop has a special generator built in to help the Chinese mitigate the rolling blackouts that currently plague the nation. The box even ships with a little gasoline to get customers started. The C-DELL3025783256721 also ships with special versions of Windows XP and Ubuntu. According to Michael, the special OS versions aren't exactly doctored, but they do have nice features built in for Chinese law enforcement personnel. The "features" are classified, of course. If Dell told us exactly what the features were they'd have to come and kill us. Otherwise they would be banned from selling Dells on the mainland. Despite all of this, Michael apparently feels confident that China will put his ailing company back on the map. He even went as far as to say in a written statement that, "The Chinese will flock to us like fruit flies to rotting apples." Roger that one, Michael.
Posted by Larry at 9:27 AM