We're calling it a "Career Opportunity" 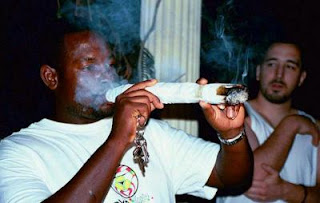 Goes a little like this. I'm getting a little older and for some reason my fingers are too fat to roll joints these days. So my HR people are looking for a new administrative assistant. You know, just somebody to go wherever I go and roll the you-know-whats whenever I want them. Because here's the thing. Even if I could roll them these days, I wouldn't want to. Much as I love weed, I'm tired of tasting, touching, seeing, and smelling the stuff. I just want to smoke it.

Shouldn't be too hard to find somebody, right? That what's we thought, too. But just try giving somebody a dime bag and telling them to roll a joint in the MiG-29 simulator when it's flying upside down and pulling like -18Gs. Nobody can do it. A couple people passed the yacht simulator test where you have to roll one in the crow's nest with rain and gale-force winds. But come on. Anybody can do that, even me.

So we're placing an ad in the High Times next month. And if that doesn't work, we'll place one in the Air Force Academy newspaper or whatever. I know for a fact that those boys fly stoned. I mean, what else are you going to do when you're Iraq-bound in one of those C-130s?
Posted by Larry at 3:35 PM