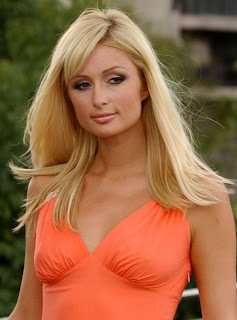 Remember that ad I told you we were placing? Well, we've had a bite. Paris calls this morning and says she can roll joints with the best of them. Says she's worried her granddaddy might still pull her inheritance, so she's looking for a nice stable career where she can stay out of the public eye. And it's like so amazing to talk to Larry Ellison. She's heard like so much about me and when she saw the ad in High Times it was like, hello? She just had to call. And I say, sure, come on in and apply like everybody else. We'll get you in the MiG simulator as soon as possible. And she says, oh, she almost forgot to tell me that she's learned a thing or two in jail, which might come in handy. And she thinks that she's a really good fit for the position.

Um, yeah. I'm not too sure about the good fit part, but we'll see.

Folks, I know what you're thinking. But listen, I really think this could be the start of a beautiful friendship.
Posted by Larry at 11:43 AM