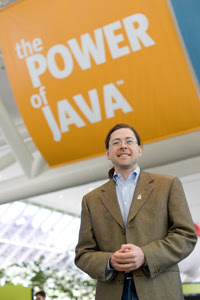 And he's about as stupid as the high school students who wrote these dumb analogies. I like our public education system almost as much as I like Sun Microsystems. Schwartz, what the fuck are you thinking? Oh, wait. That's right. You're not. You're like a turd that was accidently dropped into a cup of steaming JAVA. Or something.
Posted by Larry at 7:41 AM

i droped a cup of steaming turd containing java on my lap and burned my crotch, will you help me sue sun?

Stealing from the Washington Post now are we?
http://cfcl.com/vlb/Cuute/f/bad.analogies.txt