You know what we're doing with SAP and Salesforce, right? 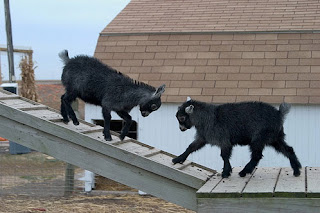 Of course you do. So does Phil over at ZDNet. We're just going to kick back, pop the champagne, and watch these two butt heads for a while. They're going to fight over the scraps in the SaaS market while we land the big deals and sell the real thing. Because that's how this works, people. The software industry isn't going to operate like the fucking movie rental business. I don't care what Marc Benioff says. Software is just one of those things that people want to own. They want to have a physical copy of the application on their hard drive. They want to be able to back it up and start it by double clicking an icon. Don't ask me why they want it that way, but they do.

Sure, there's a fringe market for this type of stuff. Some people want to be on the cutting edge, and some admins are just plain lazy. Those are the people who go to SaaS. They're like the people who use Rhapsody instead of iTunes. They're convinced that Apple is stupid and evil, just like SAP and Salesforce customers are convinced that Oracle is stupid and evil. It's like 5% of the market. So go ahead, boys. Have at it. Be competitive. Drive each other into bankruptcy. If and when things get good in SaaS, NetSuite will be there to finish both of you off.
Posted by Larry at 7:26 PM

Thanks for being at FCEOW conference, I have posted pictures