Revenge of the Nerds coming to Xbox 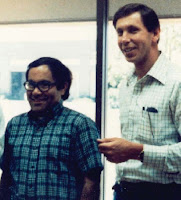 Doesn't it seem like Microsoft takes a hit every time Red Hat releases their numbers? It sure seems that way to me. Red Hat announces record profits and Microsoft's stock goes down. Red Hat announces that they've gained market share and Microsoft fires a couple of their vice presidents. Don't ask me why it's like that. When you really look at the numbers you realize Microsoft has nothing to fear. But they're still afraid. It's like the elephant jumping out of its skin every time it sees the mouse. This last time Microsoft tried something new. Shit for Brains said, well, look. If we release Halo 3 on the same week Red Hat announces quarterly earnings, we'll probably be okay. And they were. In fact, Halo 3 actually did much better than they thought it would. Which is kind of surprising when you consider that the game sucks ass.

So the new plan is to release an Xbox game every time Red Hat announces quarterly earnings. That way, according to Shit for Brains, Microsoft can weather the storm. So SFB has directed Bungie to start working on a new game. This one is going to be a lot like the Revenge of the Nerds movie, except it's going to star younger Silicon Valley greats. Gates and Jobs are in there, of course. So am I. Larry made it in, people. Microsoft sent a couple developers down here to look at pictures of me when I was younger (above and to right) so they could get me just right. The evil frat boys are going to be the gentlemen from the SEC.

And you probably won't believe this, but Shit for Brains actually has hair in the game. I tripped out the first time I saw his character. I didn't even recognize the dude. Seriously. But here's the best part. I bribed the Microsoft guys to put in this cheat code that makes Shit for Brains go postal. Once they put it in the game, all you'll have to do is just punch in the code and Stevie B. will start throwing chairs and shit. Priceless.
Posted by Larry at 12:07 PM