I hate to say it, but this is what happens when you put women in charge 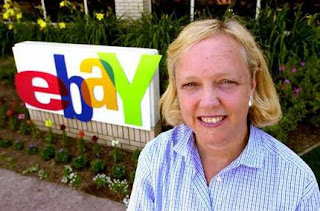 It's true. Women were just never meant to be CEOs. All they do is frig things up and run companies into the ground. Just like Meg Whitman over at good old eBay. Her Skype deal went belly up and now she's looking for somebody to blame. Watch out, gents. The woman named best-dressed dyke for seven consecutive years and the two time Frumpy Woman award-winner is on the warpath. She's out for blood. Next step: Put Skype up on the eBay auction block. She wants to get rid of that thing while she still can, and who can blame her? The captains set sail on a ship named Joost a long time ago. But who would buy Skype? Microsoft? Facebook? Sun? Okay, maybe not Sun. But Facebook would probably be interested in turning it into a Facebook application or something.

UPDATE: Safra just emailed me. I'll post her message here for posterity. "Larry, you sexist chauvinistic pig. I hate your fucking guts. This is it. I mean it. I'm quiting Oracle right after the rest of my options vest next year. Take that, asshole."
Posted by Larry at 11:36 AM