In the face of adversity, Red Hat tries to act natural 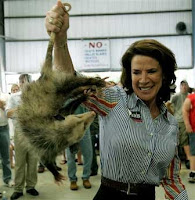 It's no secret that Shit for Brains thinks he owns Linux, or at least part of it. And it's also no secret that Red Hat thinks SFB is full of shit. But every couple months Stevie B. hints at an intellectual property lawsuit just to keep everybody on their toes. This time around, however, Red Hat says it isn't going to push back. They say they're just going to smile and nod and act like everything is normal. My lawyers are following the whole thing very closely. They say that Novell caving in was a good sign and that soon enough we'll be able to sue Microsoft for violating our patents. No joke. And we're talking large sums of money here, people. When you consider the fact that every computer running Windows has a little relational database inside, you'll see the scale of what I'm talking about. So we're almost ready to start entering into license negotiations with Microsoft. We think they should pay us about $10,000 per Windows installation. That's fair, right?
Posted by Larry at 11:58 AM

Is that Safra at the Orcale cafeteria?